Rob Tornoe | for editor and editor

Does your news agency publish local editorial cartoons? Chances are really good, the answer is no.

According to a study by The Herb Block Foundation published in 2012, there were approximately 2,000 full-time editorial cartoonists employed by newspapers in the United States at the turn of the 20th century. As recently as 2000, there were over 250. Today, by my calculations, there are less than 20.

Clearly, much of this attrition has been caused by the same forces that have ravaged all editorial departments for the past 15 years. After all, how many permanent film critics remain employed by newspapers?

But editorial designers are different. It’s an art form and type of commentary created by newspapers, from Ben Franklin’s famous “Join or Die” cartoon decades before the Revolutionary War to Thomas Nast’s famous dismantling of New York’s corrupt political boss. York, William M. Tweed. While nearly every newspaper in the country still publishes nationally-aired cartoons (as they do with movie reviews), it’s hard to find appealing local visual commentary these days. 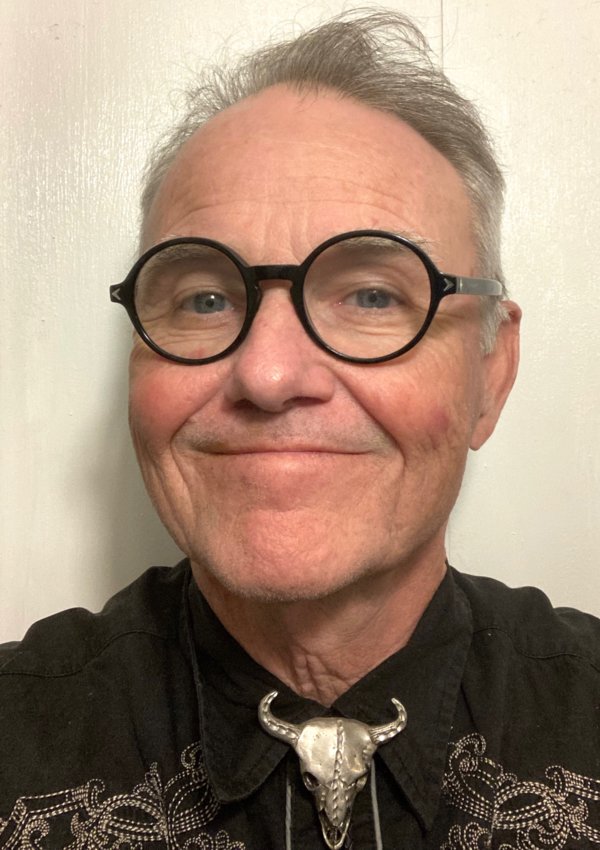 Since 1986, former award finalist David Fitzsimmons has drawn six cartoons a week on his sunny corner of the country for the Arizona Daily Star in Tucson, Arizona.

That brings us to Tucson, where former Pulitzer Prize finalist David Fitzsimmons has drawn six cartoons a week about his sunny corner of the country for the Arizona Daily Star since 1986. Avoiding the fate of many of his contemporaries, Fitzsimmons has managed to stay a vital part of his newspaper and community for the past 35 years and only recently decided, at the age of 66, to start slowing things down and working part-time.

“My pen got heavy as a rock,” Fitzsimmons said. “I started to feel really old in the newsroom because I was drawing a cartoon and saying, ‘Hey, I think this might be the 40th cartoon I’ve drawn about our looney legislature. This year. “”

The Star is owned by Lee Enterprises and Gannett under a complicated arrangement that dates back to a joint operating agreement after the Tucson Citizen closed. As a result, the paper faced the same economic headwinds and corporate demands as other chain-owned newspapers, resulting in waves of layoffs and furloughs. But Fitzsimmons, whose work is also syndicated by Cagle Cartoons, has survived all the cuts and remains an important voice and the reason Star readers renew their subscriptions. 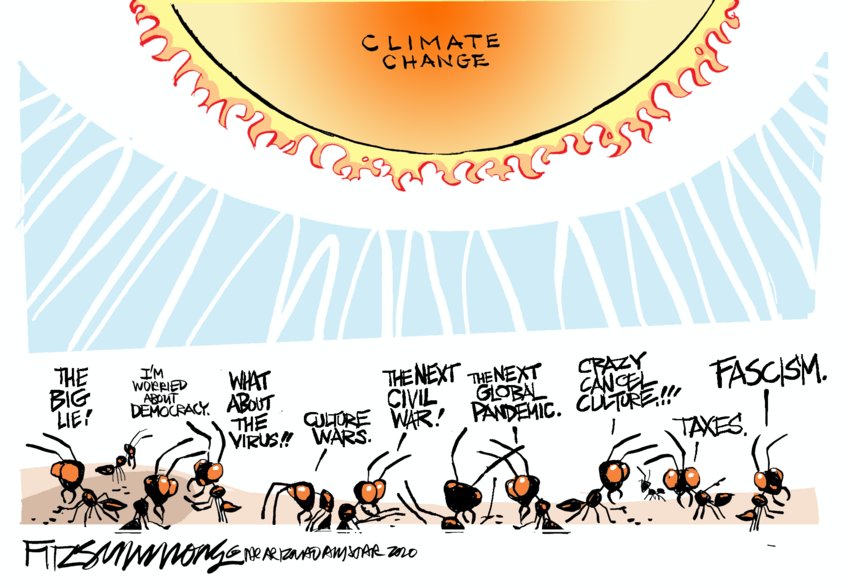 David Fitzsimmons’ work has appeared in the Star, as well as in syndication through Cagle Cartoons. The two cartoons in this article are examples of his work.

In addition to drawing a daily cartoon that focuses more on local events than national politics, Fitzsimmons has taken it upon himself to engage directly with the community. He makes many public appearances around Tucson, mixing events at local schools and clubs like Rotary and Kiwanis with cartoons and jokes – all while promoting the newspaper.

“I just endeared myself to the community as a public figure, which I have to admit made me really uncomfortable at first because I was a shy, normal human being,” Fitzsimmons said. “But then when I saw how much I was drawn to the community as the newspaper’s mascot, I was grateful for the gift.”

Fitzsimmons also drew a local comic called Arroyo Cafe, which he turned into a fundraiser and annual radio show in the spirit of A Prairie Home Companion. He also writes a popular weekly humor column for the newspaper which began about 10 years ago when the editorial page had a hole on a Saturday that needed to be filled. And he regularly interacts with fans on Facebook, including videos where he films himself listening to angry voicemails left by readers who disagreed with the cartoon of the day.

All that to say, Fitzsimmons was able to connect and retain the interest of generations of readers simply because he took the time to engage with them off the printed page. In fact, when he announced his semi-retirement in March, readers flooded his Facebook page with caricatures he had drawn of them over the years.

“A person with gray hair came up to me and said, ‘Hey, you came to my school and made a cartoon of me.’ Were you a teacher? “No, I was in kindergarten,” Fitzsimmons recalled. “People also send me pictures of their children that I had drawn who died later in life. Widows, that sort of thing. It’s very touching.”

Despite a dedicated and supportive readership, Fitzsimmons also generated his fair share of controversy during his 35-year tenure in Tucson. In 2020, a cartoon he drew comparing Derek Chauvin, the police officer who murdered George Floyd, to slave owners and members of the Klu Klux Klan was used in an assignment at the local high school. The National Fraternal Order of Police criticized the cartoon, and Texas Governor Greg Abbott called for the teacher’s firing.

“This cartoon was my response to the cold-blooded murder of George Floyd by the Minneapolis police officer, charting the historical roots of our systemic racism,” Fitzsimmons explained at the time. “Perhaps it takes too much moral courage or honest and lucid thinking for the Fraternal National Order of Police to channel its fury against the few racist police officers who dishonor their oath and badges by disproportionately murdering African-Americans. Americans.”

While a cartoon like this is designed to strike a chord and expose injustice, Fitzsimmons said he’s sometimes surprised at the reaction a cartoon unrelated to politics can elicit. After legendary singer Frank Sinatra died in 1988, Fitzsimmons lured the beloved crooner to hell because “it’s the only place you get a hooker and a martini.”

Readers were certainly interested in the cartoon, but they didn’t see the humor.

“I had drawings of myself being hanged, lynched and shot,” Fitzsimmons recalled. “Hate mail was just a flood.”

Fitzsimmons said his suggestion to aspiring cartoonists and editors interested in making local cartoons is to focus less on political commentary and more on topics that resonate with the immediate lives of people in your community.

“The pothole on Bronze St., or the nice spring weather – the kind of cartoons I hated doing when I was young,” Fitzsimmons said. “For me, it was in the form of a quail and a javelin eating jalapeños and talking about snowbird tourists… People will want to turn the page or click to find the cartoon because they might see themselves in it. a little.

Rob Tornoe is a cartoonist and columnist for Editor and publisher, where he writes about digital media trends. He is also a digital editor and writer for the Inquirer of Philadelphia. Contact him at [email protected]