As E&P previously reported, the recent reversal of public notice legislation in Florida was dramatic to watch and demoralizing for stakeholders who had invested countless hours meeting with and lobbying lawmakers. of the state, only to see the culmination of those efforts “cancelled” just 68 days later.Florida lawmakers have warned news publishers — in the state and beyond —).

We believe that after two months Bill HB 35 was in effect, we see it working as we have seen an 11% increase in new players entering the game creating more competition and reduces costs. government agencies issuing public notices,” Jim Foglerpresident and CEO of the Florida Press Association, told E&P in an email after the vote on the newly passed HB 7049.

Fogler explained what the changes would mean for the operation of public/legal notices in Florida: “The thrust is that the bill is basically the same, with one change in the amendment. The change allows free newspapers to continue placing ads there, as long as they meet the audience thresholds contained in last year’s bill. Newspapers that have a periodical license can also carry them.

“The bill, however, retains the bad language that “government agencies” can choose to use the county’s official website (or another county-designated private website) to post legal notices. There is also nothing in the bill that highlights these legal advertisements posted on government websites, as they will not be included on our aggregate site FloridaPublicNotices.com,” he continued. “The bill retains language that small county government agencies (fewer than 160,000) may use the .gov website if they have a hearing regarding broadband availability.”

Fogler was a guest of E&P editor Mike Blinder on “E&P Reports”, taped following the passage of Florida HB 7049. They were joined by Florida Press Association general counsel Samuel Morley; Don Craven, president and CEO, Illinois Press Association; Brad Thompson, president and CEO of Detroit Legal News Co.; Bill Barker, founder and CEO of Barker Strategic Solutions (and former regional president of Gannett Florida); and America’s Newspapers CEO Dean Ridings. They came together to talk about what happened in Florida, what it may mean for how public notices are issued in other states, and why lobbying lawmakers is especially tough these days.

During their conversation, Dean Ridings, CEO of America’s Newspapers, said: “As Florida takes this step, other state legislatures will be watching, and if there is no eruption, they will be encouraged to do the same.” 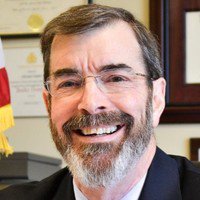 Brad Thompsonwho is also president of the Public Notice Resource Center,
agreed that the setback in Florida could have ripple effects in other states. “Will it be the dominoes that will fall? It’s terrifying in that regard,” he said.

But the Florida case wasn’t just intriguing from a legislative standpoint. It was also a fascinating study of how media austerity measures have changed the way newspapers lobby and communicate with lawmakers. 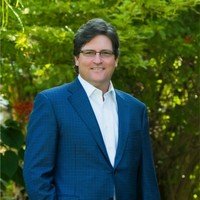 Gaining legislative adherence to Florida HB 35 was a concerted effort that required communication and compromise, Bill Barker recalled. They found lawmakers who wanted to “work hard” to craft legislation that would best serve the citizens of Florida.

“We took on the responsibility of meeting with the leaders of both chambers before sessions every year for the past two years, to try to develop a relationship with those leaders, so that they knew that we were human beings – we were Floridians, and we care about the state of Florida,” Barker added. “And that had a big impact. … I believe people both in the elected space and both in the media space have agreed that we have come to a very good landing point.

Samuel Morley, the Florida Press Association’s general counsel, suggested that the diminishing relationship between news publishers and lawmakers might be partly to blame. He explained that the post of editor in news organizations has been a vital role for centuries, yet in recent years austerity measures have seen these posts decline. Morley witnessed this in Florida, where business or channel owners coalesced with regional publishers or simply eliminated the role.

Why is this important? Well, an editor wears many hats, and two of them have to represent the interests of the news agency – in this case, lobbying for public notices. Traditionally, they have also had the responsibility of cultivating relationships with local authorities and legislators so that when they need to cooperate, as in the case of communicating critical public safety information, there is an established relationship – though that relationship is strained by newsroom coverage. of these same officials. In fact, this relationship must come from a representative of the news business; this cannot be done from the press room. 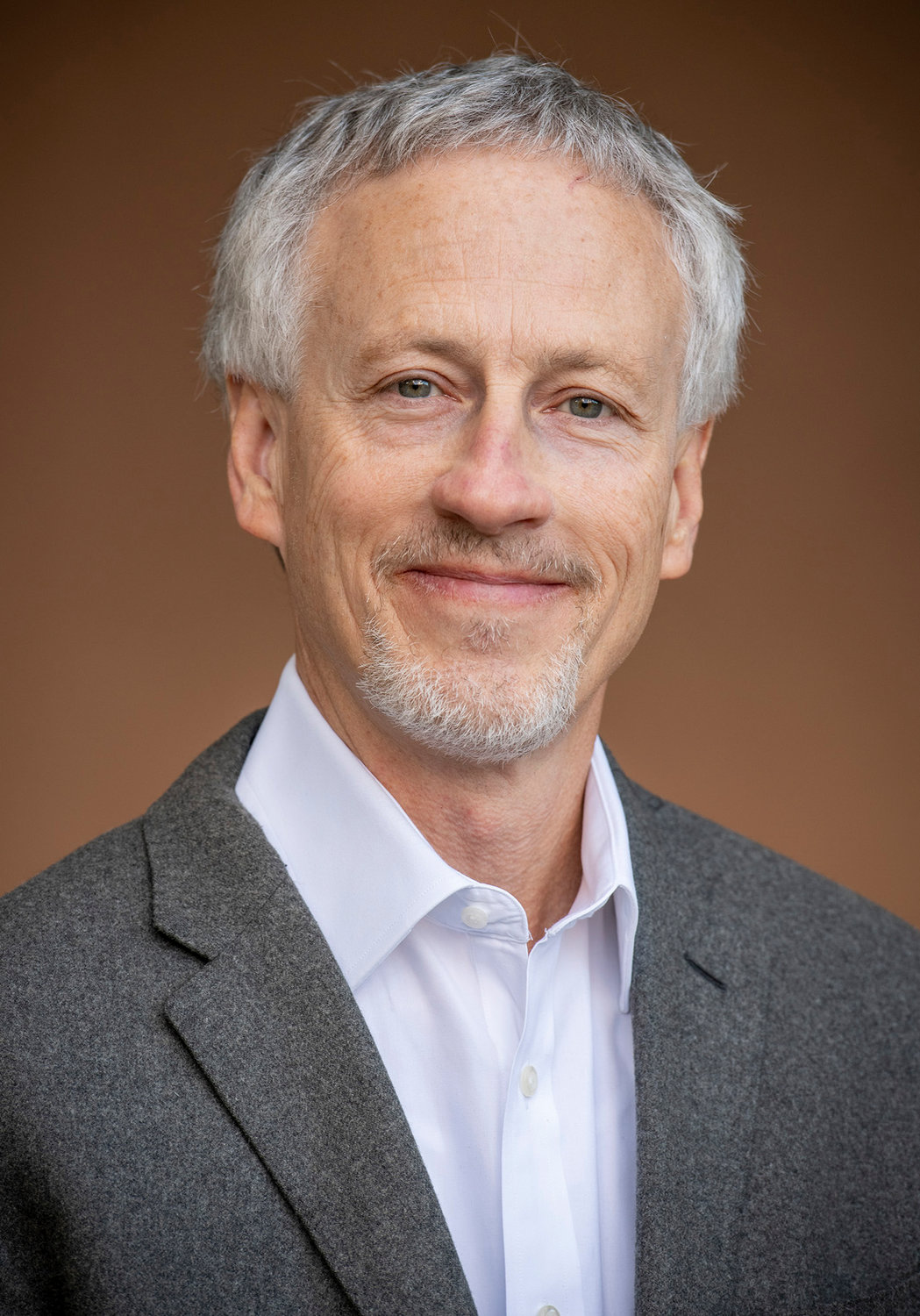 Dean constituencies, CEO of America’s Newspapers, has seen a shift in power due to fewer publishers at the top of the list. Even the editors of small community newspapers enjoyed some power in that they knew their local elected officials and could get an audience with them to talk about issues important to the community. They always towed an ethical line, Ridings explained, but there was a sense of mutual respect that made this communication possible.

“Due to the economic challenges facing the industry, we’ve seen so many companies change lines of accountability,” Ridings said. “So it’s resulted in a structure that no longer supports the traditional position of editor. It’s created challenges for all of us because, without someone in that senior management role, whose job is well known in the community, it’s very difficult to have a relationship with legislators I think that’s a very difficult position to put your editor in, and, you know, we’ve seen that from time to time, but it doesn’t really doesn’t work.

Brad Thompson suggested, “Ask the editorial teams to review and review some of these public notices. It can be a great source of editorial or front-page content, and it will prove the value of the review.

Don Craven agreed that undermining the role of the editor in the nation’s news organizations is counterproductive. “Lawyers often say ‘our clients can be their own worst enemies’, and this is no different in the newspaper industry.”

Craven acknowledged that editors who stay on the job have their plates stacked, not the least of which is keeping the organization funded and viable. “They have their own battles to fight, and sometimes we escape public notice,” he said, noting that Illinois state lawmakers have spent 10 years considering bills that would remove the public notice equation logs and place them on government-hosted websites. The state press association successfully lobbied against them by educating lawmakers about how this content is already available online and searchable. “We worked on that,” he said.

The week Craven joined the E&P Reports panel, the Illinois state legislature debated a proposal to remove reviews related to storage locker sales from the jurisdiction of news editors. The association opposed it. “We got our asses kicked in committee the first time around,” Craven said, “and then we figured out that, you know, we have to do something other than newspaper revenue out of it.”

The story they needed to tell lawmakers was who really stands to lose if these particular public notices become less visible and accessible: the state’s homeless and members of the military. They banded together with the Coalition for the Homeless, lobbied against the bill and defeated it.

Lobbying is a long-term business. Even when legislation falls in your favor, there will always be counter-lobbyists vying for the ears of lawmakers, determined to undo those achievements.

To news editors, Bill Barker suggested, “Know your rooms. Understand the composition of the rooms. Do not forget that this bill has gone in the direction of the parties. …Secondly, who are the influencers who come up in these rooms? Many of them didn’t grow up throwing away newspapers like most of you did or read them, so they don’t understand the responsibility and role our industry has played in improving our states.

“It’s not a death knell for public notice, overall, in general,” Barker said. “I don’t even think that’s the end of public notice in Florida.”

In Michigan, technology has made it easier to lobby for public notices.

“COVID has almost made it easier to meet lawmakers,” Thompson reported. “We’ve had more editor meetings in Michigan through Zoom when you can get a legislator for 20 minutes with our local editor plus our standard legislative team. We have had, I think, 180 legislative meetings in the last 12 months. Whereas if you did all of that in person in Lansing, it would only be a fraction of that. Yeah, it was much more face to face – well, not face to face, but sort of face to face.

Dean Ridings said publishers and owners of news organizations were more willing to “step up” and make those introductions and take a more active role in lobbying not just on their own behalf but for the interests of the public.

“The media sector, in my mind, and elected officials have the same job to strengthen and make our communities we serve a better place to live, work and play. And we all have the ability to come together and collaborate to do this work,” concluded Bill Barker.